Signals from the Universe: Homage to the Element of Chance

My understanding of woodblock prints is based on my belief that woodcuts are craft media, because some of the earliest woodblock printed books were discovered in rural regions in China where people made woodblocks to serve religious purposes such as printing sutras.

Therefore, my prints promote my understanding of both chance and craft. My current artistic practice lies in the investigation of chance-based woodblock printmaking, and my prints aim to use rigorous self-made algorithms to showcase the element of chance.

Because of the incorporation of the element of chance in my prints, I am reducing my artist’s role so that I can further call attention to the various possibilities of the unfathomable algorithms of chance and the cosmos. Although the characteristic of chance implies that nothing is stable, I believe that my interest in nature and how nature can inform my artwork is a constant underlying force — I trust that humans and the universe are connected in such a subtle way that we need to remain open-minded for various signals from nature.

My practice in woodblock printmaking and my direct involvement with wood help me contemplate the position I inhabit within the grand cosmic environment. Therefore, I am attempting to understand the cosmic forces with my rendition of the element of chance, and I hope that my prints can offer some insights into the vast possibilities of the cosmic environment. 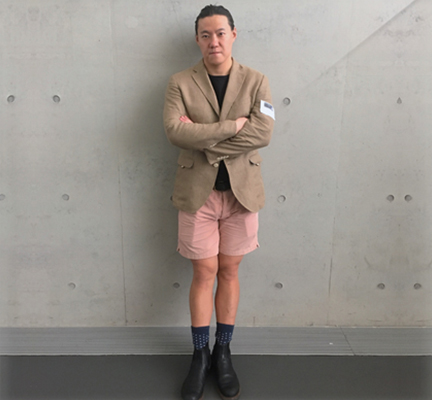 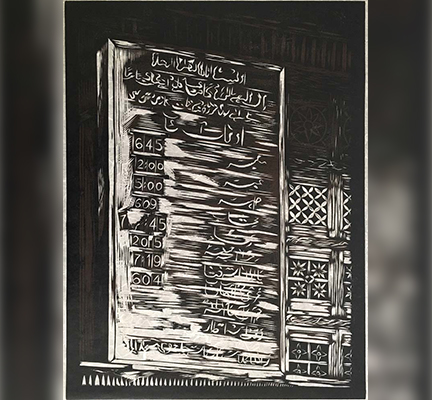 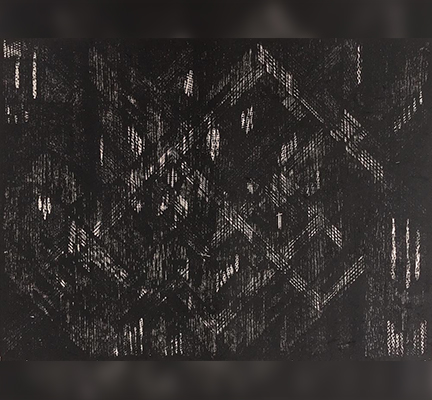 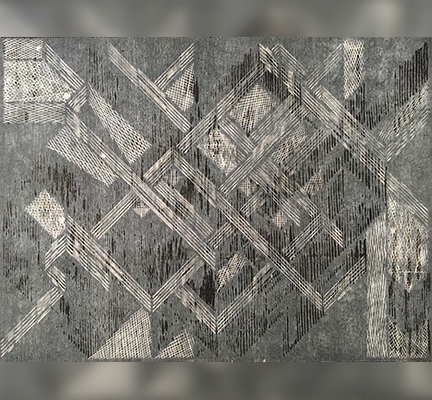 Collaborating with the element of chance in my prints means that I devote some degrees of autonomy to randomness — I intend to design a system which will guide chance to come to play on my block as I carve whereas the outcome of the design depends on chance devices such as a game dice. In my prints generally, I deconstruct the pre-existing dimensions of the block by reconstructing a new grid system based on the numbers I roll with a dice, and the numbers denominate how many cellular units the new row/column now entails.

Subsequently, I define the coordination between the rolled number and the accompanying carving action. And I repeat and run numerous iterations until I reach the end of my algorithm.

Lastly, I print. In this way, chance determines my carving on the block, and I am basically a craftsman following my systems.

Further, in some of my prints, I also emphasize the materiality of woodblock printmaking by printing the same block twice (I print a block once, re-ink it and print it again after turning it 180 degrees). As a result, the print will embody diagonal symmetry—the original characteristics of the woodblock and the paper (woodgrains on the block and fiber indentations on the paper for instance) will become more salient because they will most likely appear twice due to the symmetry.

On the other hand, since I carve the block quite densely by hand, at times I fail to adhere to my system despite my efforts. But I acknowledge and embrace such accidents for I believe they contribute to a second dimension of chance which is based on inevitable human errors within craftsmanship.

In this sense, I am also inclined to print all of my prints by hand regardless of their size so that I can contribute to the foundation of crafts which is achieving refined forms like art by hand. In short, my works highlight my interest in examining the element of chance, systematizing it, and finally freeing it to its position in nature.

At times, I feel more content to be a craftsman promoting the power of the art of chance.

Kriti Gallery and Artist in Residency was started in 2006 by Navneet Raman, who is from Varanasi even though he prefers to be called a Banarsi! He has an interest in the heritage and culture of his home city. It is his vision to create a place and space for interaction with art. In 2008 he was joined by Petra Manefeld.

Over the past 7 years, Kriti Residency has hosted about 100 artists. Kriti Gallery works actively with local educational institutions like Banaras Hindu University and schools, for workshops, art talks and gallery/artist visit or workshops.

Varanasi is a city rich in culture, religion, spirituality, heritage and incredible photography opportunities. Navneet Raman has started the visual archive for the city, as his personal interests are very much in photography, visual arts and music.